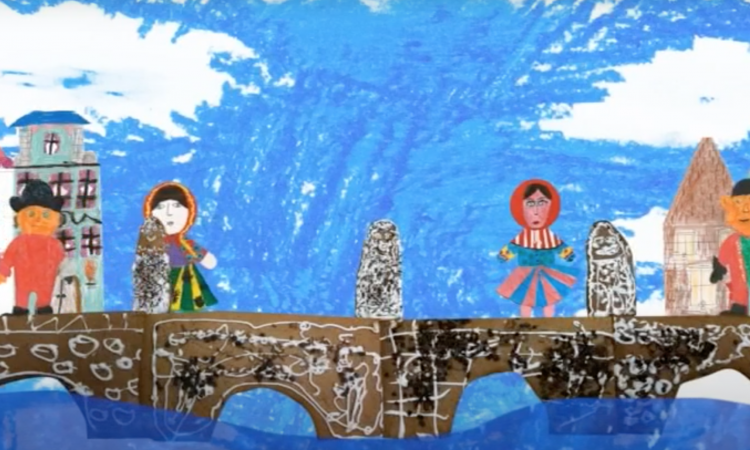 Dora Martinková is an award-winning Czech artist living and working in London. A graduate of the School of Printing and Graphic Design in Brno, she came up with a novel idea: to produce animated films from drawings made by London school children in after-school art clubs. Children learn about worthwhile educational topics and exercise their creativity. In the process, a unique artform comes into being.

She chooses a story line based on fine art, history or science and children come up with drawings, models or collages that tell the story. Dora also records their voices as they narrate the tales and then turns the artworks and voices into animations. The result has been a hit and found its way to top British art establishments.

The Lexi cinema in North London has presented the films to the public on a regular basis: but this is only the beginning. The animation ‘The Attack of Plastic Pollution’ has won the award of Best Animation at the Cardiff International Film Festival. ‘Lost in London Town’ was shown at the Museum of London and ‘Mutiny in the Aquarium’ was on view at the National Gallery for four months.

Dora, who is the Czech ambassador in the UK for the Prague-based “Playful Architecture project”, also uses her film-making to enhance the knowledge of Czech culture in Britain. Some of the animations take their inspiration from Czech national heritage, which naturally is quite a novelty for British school children. She has kindly provided us with links, given below, to two of her films that deal with a Czech topic. We hope you will enjoy them – they are rather charming.

With best wishes for staying safe